Tired of not seeing results? Stop “starting over” again and again and let us help you get the body you deserve. Chicago personal trainers at River North Gym have helped their clients lose hundreds of pounds and meet numerous goals over the years. And now, it’s your turn. Our team is comprised of the best personal trainers in Chicago that will provide you with fitness education, nutritional guidance and lifestyle management. River North Gym has set the standard for the best gyms in Chicago by having an elite team of professionals with strong backgrounds in fitness and wellness, including Certified Fitness Specialists, Certified Weight Loss Specialists, Performance Enhancement Specialists, Corrective Exercise Specialists, Strength & Conditioning Coaches, numerous bachelors and masters degrees, and more.

When looking for a gym in River North Chicago, we know you have many options. The comprehensive experience of our weight loss and fitness professionals speaks for itself and we can’t wait to help you achieve your goals. Whether your a business professional, a busy parent or just looking to change the way you look and feel, River North Gym is the local fitness gym that has all the tools and resources you need. Read more about our training team below and how one-on-one personal training sessions can redefine your life. 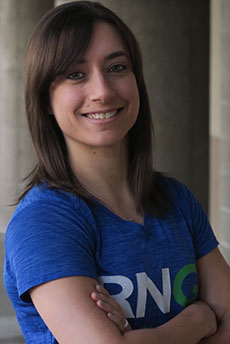 “Keep it simple, get strong, and stay functional.”

Taylor’s passion for fitness was discovered through strength and conditioning for soccer in high school. Her enthusiasm for strength training and performance enhancement intensified during her collegiate years in which she pursued a Master’s degree in Exercise Physiology. Combined with being an ACSM Certified Personal Trainer, NASM Corrective Exercise Specialist and years of intensive strength training, this gives her the knowledge and experience to get clients the results they want safely and effectively. 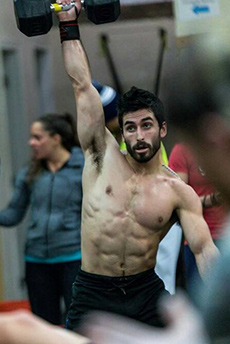 Andrew first began lifting weights back in his freshman year of high school, and through a sport career of soccer, wrestling, boxing, and mixed martial arts, he developed his passion for improving strength and performance. Since becoming a trainer six years ago he has competed successfully in crossfit, olympic weightlifting, and powerlifting, including four first-place finishes and a best overall lifter award. He holds a Master’s degree in Exercise Physiology, an NSCA Strength & Conditioning Specialist certification, and is a NASM Corrective Exercise Specialist. His science-based methodology leads to consistent progress for his clients, helping them become knowledgeable, confident, and above all, stronger than they ever imagined.

“With correct technique, dedication and consistency, I will pave the path for you to go far and beyond your fitness goals.”

Riley first discovered his passion for weightlifting while playing high school football. While pursuing an active lifestyle and gaining more interest in exercise, he then enlisted in The United States Navy. Riley’s experience in the Navy, partnered with his NASM Personal Training Certification, makes his training style dynamic and exciting. His work ethic, attention to detail and high levels of motivation will push you in pursuing your fitness goals. 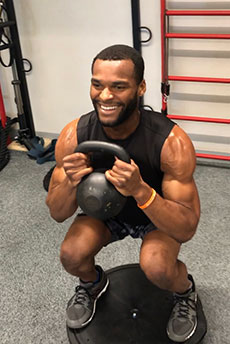 "Your mental health is just as important as your physical health. You can't build things that stand the test of time without a stable foundation."

Aside from his love for running around, playing and dancing with friends and family, Dillon also played basketball, baseball, football and volleyball growing up. He started his fitness journey in high school, where he focused on athletic performance enhancement for baseball. He continued to play club baseball and lift weights throughout college, after which he moved to San Francisco and developed an interest in distance running. He completed his first marathon this year (2019), and plans do to another. When he's not in the gym, Dillon enjoys doing improv at Second City, leading a small group at Soul City Church and being a student mentor with iMentor, Chicago. His NASM Personal Training Certification, athletic background and lust for life shaped his mindset for a well-rounded and practical approach to health and fitness. 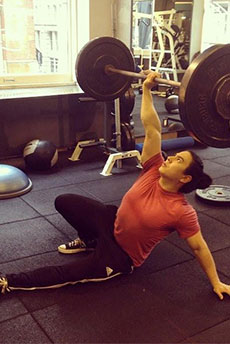 Billy first got into lifting by way of comic books. He read books about superheroes, and as time went on, he decided he wanted to look like one. In high school he got into bodybuilding, but as time went on his interests lay more in true strength development. First he did powerlifting, then he got into kettlebells (before they were cool) and eventually olympic weightlifting.

Billy studied illustration at the School of Visual Arts in New York City, but afterwards decided to pursue a career in fitness which he did for 7 years in New York. After that he took a break and lived abroad in China so he could get closer with his cultural roots. While there he learned new training styles and discovered his passion for Chinese calligraphy.

Now he's in Chicago back to his old love... training!

“Using a combination of High Intensity Interval Training and the art of Bodybuilding, I help everyone look and feel their ultimate best.”

Hayden’s passion for fitness started as a high school and collegiate athlete, as a 2-time All-American Men’s Volleyball player. After college, where he earned a Bachelor’s in Exercise Science, Hayden turned his passion toward aesthetic body building, competing in multiple physique competitions over the past 3 years. As an NASM Certified Personal Trainer, Hayden is well equipped to help you reach your fitness goals.

Michael has been a long time athlete, having competed in high school and collegiate soccer. He was introduced into the weight room during his junior year of high school and what once felt like a chore quickly developed and transitioned into a true passion. Michael’s dedication towards health and fitness inspired him to earn both his Bachelor’s degree in Kinesiology with a concentration in Exercise Science & Health Promotion and his certification as a NASM Personal Trainer. His high energy and competitive spirit will have his clients testing their limits and have them feeling stronger, healthier, and better than ever after every session.

“Where you start from doesn’t matter. All you need is the determination and hunger to be better than the person you were yesterday.” 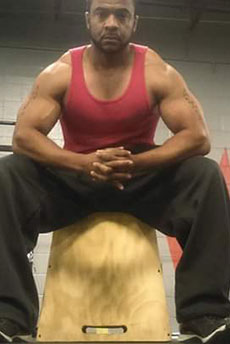 "Fitness is NOT easy. Yet with correct combinations, technique, & consistency, I will help you reach your optimum fitness level. The body can do amazing things, the mind is the hard part to train."

With a background in sports, Mark played football, basketball & ran track. After playing football at Alabama State University, he went on to play Arena League Football for the Orlando Predators. One of Mark's greatest achievements was qualifying for the JR Olympics trials in the 400-meter dash with a personal best time of 46.02. He had a love for helping people which led him to become certified through ACE in exercise physiology & through ISSA, in strength & conditioning, and youth anatomy sport fitness. Helping people to better their health and reaching goals is the ultimate high. Some of the clients that have trained under Mark have gone on and played in the NFL as well as and have won fitness model competitions.

"Safety being first, let me put together the correct combos & technique for you to reach your goals. LET'S GRIND!"

Stephanny is a high-energy, performance-based personal trainer. She played high school and club volleyball. In college, she was on a Latin dance team and has also competed in multiple obstacle course races as well as the Chicago Triathlon 2019. While earning her Bachelor's degree in Kinesiology at UIC, she has spent years working in various rehabilitation settings. She was also an undergraduate teaching assistant in anatomy and physiology and had the privilege to dissect a human body. Her passion for health and fitness led her to obtain her personal trainer certification through NASM. With her extensive knowledge of the human body as well as education in exercise science, she will create a program designed to meet your fitness goals. Her training philosophy blends plyometric movements with resistance training to bring out the inner beast in everyone.

Starting out with a love for the game, Marcus played competitive soccer from the age of 7 all the way through his college years. Growing up with siblings who competed at the collegiate level and an uncle who owned his own gym, it seemed a career within the fields of fitness and athletic performance was inevitable. After training corporate professionals for a year, Marcus decided to expand his clientele and experiences here at River North Gym with his personal training certification through NSCA. You can catch him out on the gym floor providing killer workouts or catching up with members of the gym.

"You have the power to reach your goals, life will only give you excuses." 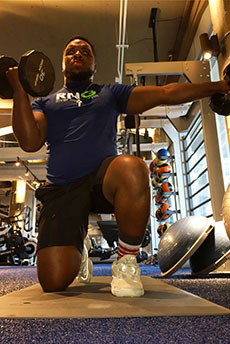 DJ has had an impressive athletic career throughout his life, flourishing in football, track, wrestling, and boxing. DJ attended Mayville State University on a full scholarship to play football. He earned his Bachelors in Fitness and Wellness and specializes in strength and conditioning as well as athletic performance. He always lived by a motto that has carried him through his life:

“Hard beats talent any day, and character is who you are when no one is watching." 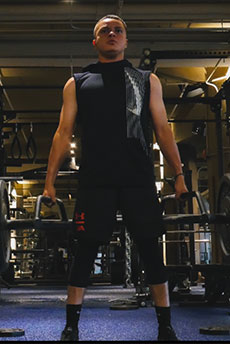 Armando's passion for fitness developed and began as a collegiate baseball athlete. He holds a Bachelor's degree in Kinesiology from Northern Illinois University. Armando also specializes in athletic performance and weight loss with a strength and conditioning twist. He previously worked at a sports performance gym where he trained NFL prospects and prepared them for the NFL combine. His passion is to educate and help people become the best versions of themselves.

Back to the top